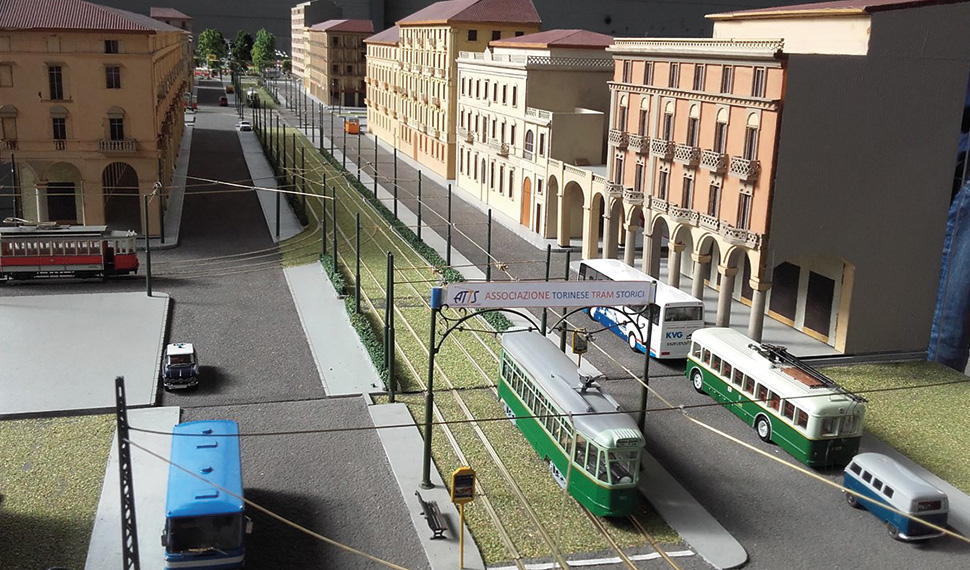 Model Expo Italy 2022 welcomes Gruppo Modellismo ATTS (Associazione Torinese Tram Storici) and its exhibit – a large, modular historic tramway model in H0 1:87 Scale. It is more than 13 metres long once all the modules have been assembled together.

The special feature of this work is that it is an entirely hand-crafted construction. The model reproduces an imagined urban scenery, that is nevertheless inspired by actual settings: the buildings of the Sassi-Superga tramway, the Cuneo tram depot, the facilities of the Turin-Rivoli tramway in Collegno and Piazza Statuto in the 1940s.

These thereby seek to reproduce aspects of reality – and to do so ATTS modellers have worked on self-construction buildings to ensure that there are as faithful as possible. The scenes depicted include several of city life: a market with fruit and vegetable stalls, a square with a fountain, playgrounds and petrol stations. 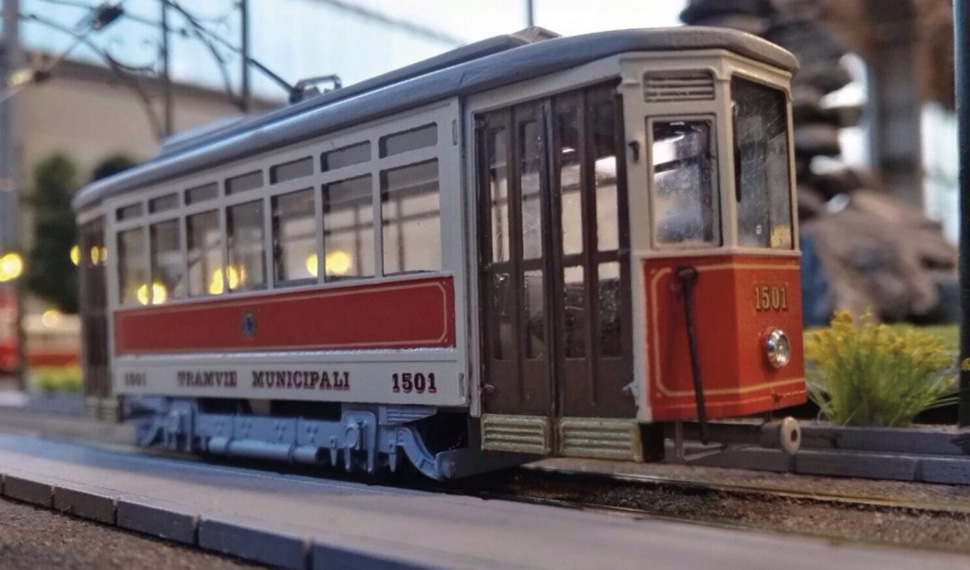 Another special feature of the model is the power supply for the trams also in scale: most of the models are powered by an overhead electrical trolley pole just as in real life!

The photo-engraving technique was used to build the models and scenarios, thanks to which a very high level of detail was achieved.

The entire work is controlled digitally by a complex mechanism that ensures simultaneous circulation of more than 10 vehicles. They accelerate and brake in a pre.-set way following a specific route. 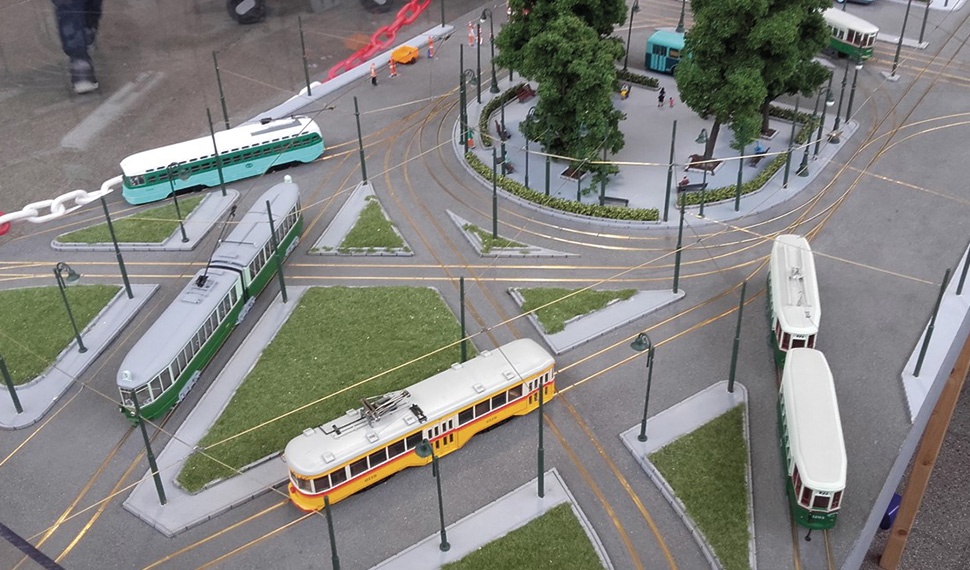 The system is highly realistic and sophisticated, so much so that it is even equipped with an automatic locking mechanism: the tram does not enter the next module if it is already occupied by another vehicle!

The result of this project carried forward by the members of ATTS, involving many years of study and development, can be admired by visitors at the 2022 edition of Model Expo Italy.